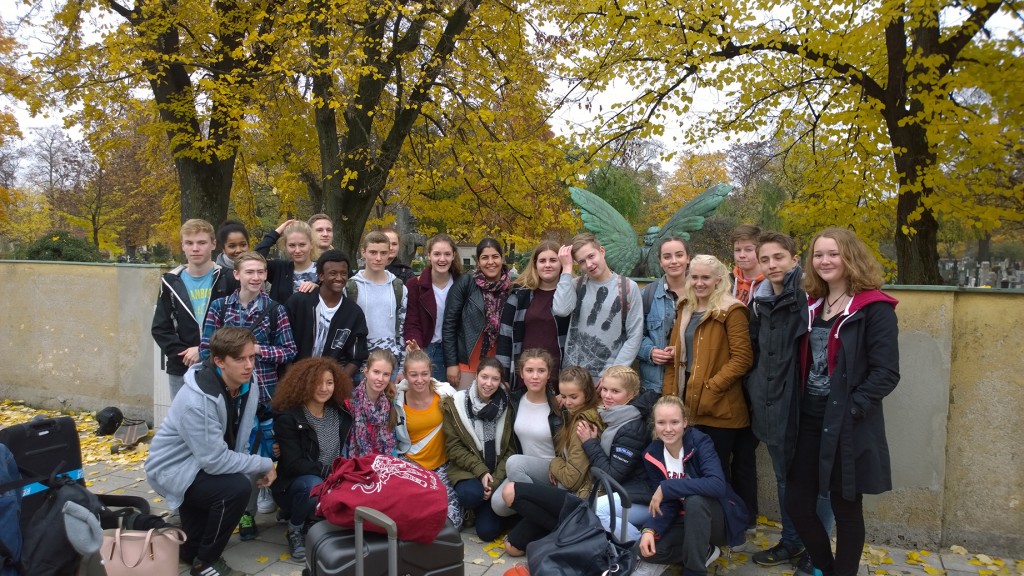 On Sunday me, Tugba, Melda and Heidi went touring around in the Olympia Park. We came to the park at about two o’clock and walk around it for maybe five hours. We saw the swimming hall which was amazing and the architecture was beautiful and modern.
At seven o’clock we went to see the other exchange students. With them we got up in the Olympic tower and the view was amazing. I think that because it was already dark then, the view was prettier than if it would be in the day light.
-Edla Tapaninen

On Wednesday we went bowling. We went to the bowling center by buss. We stayed there for two hours. I wasn`t good at it but it was fun anyway. After the bowling we went to Lucas` house were his mom and dad had made a bonfire to the backyard for us. The place looked very cute with its colourful lights and candles. We ate some pizza there and just enjoyed each other’s company. It was a nice day and luckily not the last.

I wrote this text in English because we spoke English there so much, it feels more natural this way. There were many awesome, heart-stopping and crazy moments in Germany but the one I picked was the times we were at their school.
Lion Feuchtwanger Gymnasium
I absolutely love the school we visited a couple times. The other students were so friendly and so nice I couldn’t believe it. There were a couple of times where we were sent out the classroom cause the teacher didn’t want us to interrupt or disturb the lesson, so we were just told to be in the lobby of the school. From the little kiosk down at the lobby, we bought Milka muffins that were the best muffins I’ve ever tasted.
One time when we were sent to the lobby again, I asked Konstantin to help me get a football for us so we could play while they were in class. We got the ball and started playing “yks-ykköstä” in front of the school. After like 15 minutes passed, the comprehensive school- graders had a break and everybody just politely asked if they could come join the game. We showed them how to play and realized quickly afterwards, that they were a hundred times better than us.
I love the school spirit. I got to meet new people and I loved almost every second I spent at that school.
-Mikael Juva

I had fun in Germany.

I got to know lots of new, wonderful people and got to learn new things about the German culture. I saw lots of beautiful things during my visit. We did a lot of sightseeing and went shopping a few times. The German school was interesting, kind of different from Finland, but mostly in a good way. I like Munich, I’m definitely going back someday.

On Sunday we visited Olympiaturm, the Olympic tower of Munich. It was built for the 1972 Olympics. It is nearly 300 meters high but we were in the altitude of 200 meters. It had observation platforms, a museum and a restaurant. We went there in the evening so you could not see more than the lights of the city and the football arena. Anyways it was a nice way to see how big the city really is.